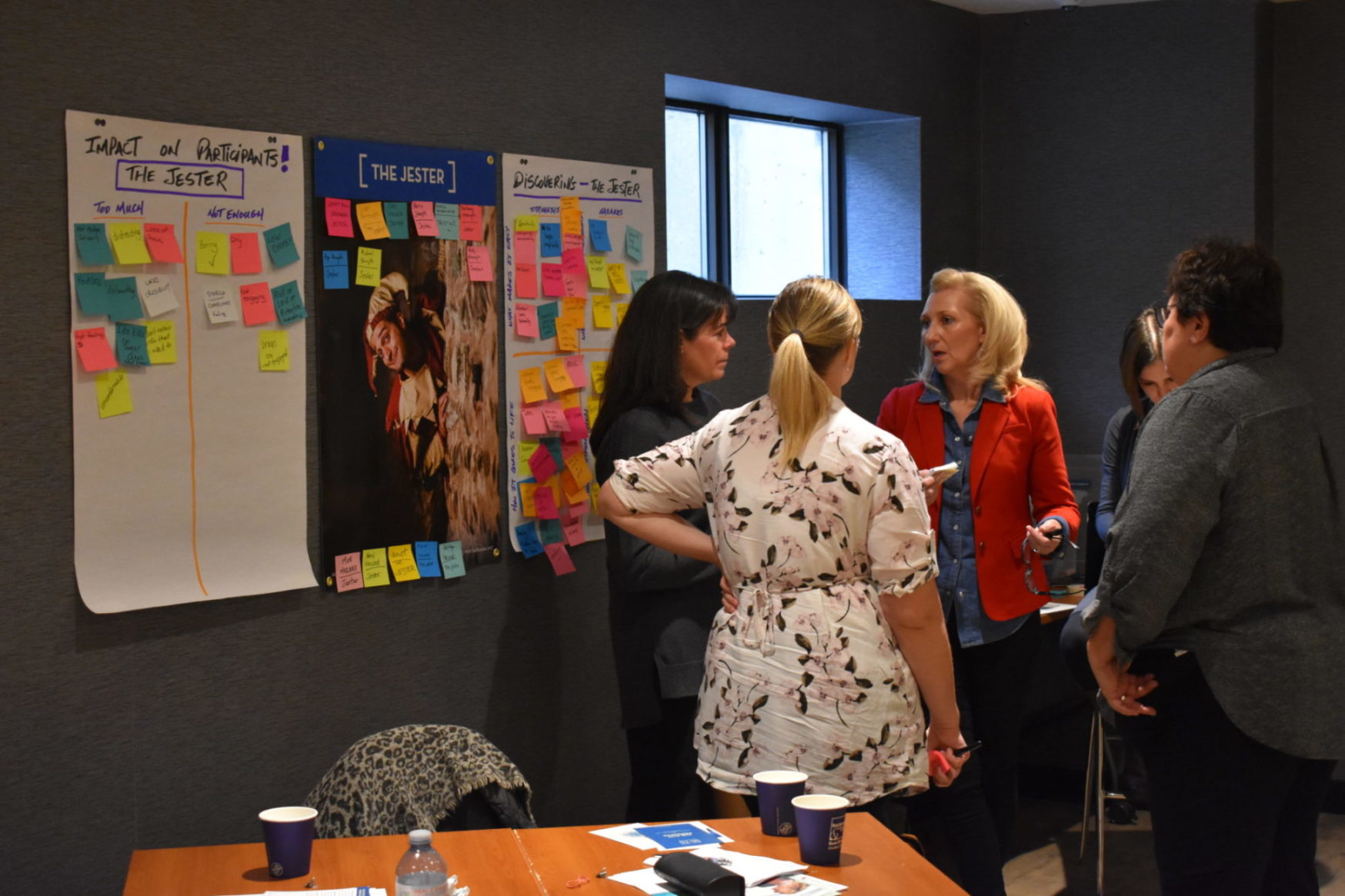 Facilitation can be serious business. Sometimes, too serious.

Scientific research has proven that having fun increases learning effectiveness and memory retention. Yet, our research shows that, of The Five Personas™ of facilitation — Sensei, Superhero, Confidant, Drill Sergeant and Jester — the one that shows up least in facilitators is the Jester.

50% of facilitators that have completed The Five Personas Benchmark™ tool have scored lowest on the Jester.

Let’s explore the importance of the Jester, the reasons for the Jester’s under-representation and what can be done to coax your inner Jester out.

Simply put, the Jester is the persona that brings the fun. In medieval times, not merely an entertainer, the jester had the power to challenge those in authority with impunity.

A facilitator with a high Jester score injects humour, spontaneity and playfulness into every learning environment. And, when appropriate, challenges accepted norms and practices.

The Jester takes risks by going off script or experimenting with novel approaches to teaching content and leading activities. By example, the Jester encourages participants to let their guard down and not take themselves too seriously.

So, why is it that so few people are scoring high as a Jester?

In our workshops, facilitators consistently identify three key areas of concern preventing them from harnessing their inner Jester:

What can be done to inject a little Jester without looking the fool?

The essence of the Jester is playfulness; it’s not about being intrinsically funny or telling jokes.

Ideally, everyone would take a course in improvisation skills and master the art of spontaneity. But, realistically, there are smaller, more easily achievable steps that can be taken to channel the Jester.

And if you still have concerns about the way you’ll come across, run your material by someone you trust in advance of the session.

Experiment with something new.

Don’t abandon the script altogether; you can still ensure learning objectives are met.

Tapping into your inner Jester, using humour to engage and challenge, is essential to masterful facilitation. Seriously!