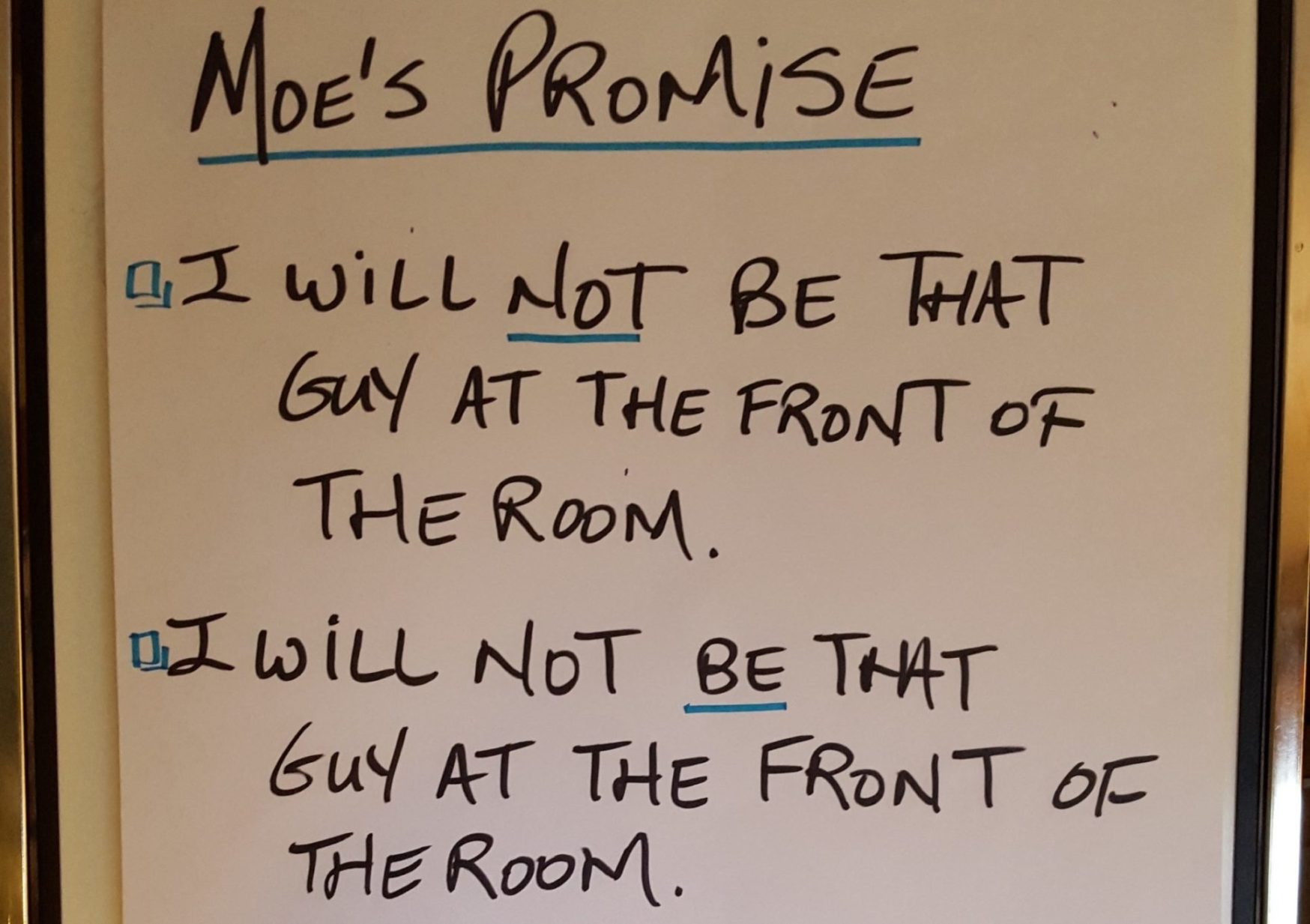 The senior leader has wrapped up her welcome, along with the opening Q&A. She has introduced Bill and me as co-facilitators. It can’t be undone. My fortunes are now officially tied to Bill.

This is a 5-day program (problem). The content is pretty dry, mostly procedural and technical (bigger problem). Bill is leading Monday-Tuesday. I’m up on Wednesday. So I’m at the back of the room, for two days, watching and listening. Later, I’ll use what I hear to link Bill’s section and mine.

Bill steps up to take the lead. On a table in front of him are his facilitation notes, a laptop, an LCD projector, and a tangle of cables. He waves his remote clicker like a wand and advances to the first slide.

Bill introduces himself and catalogues his achievements in an unrelated industry. He walks through the agenda and apologizes for all the stuff that won’t be covered. He makes a few jokes which generate no laughter. He tells a quick story which earns no response. He asks a few questions and dismisses the answers.

We’re 20 minutes in and sinking.

This was 2006. Bill and I worked for different training companies. We were brought together to deliver a client’s program. I was the rookie facilitator (in my pre-Shift life), learning the ropes. Bill was the silver-haired veteran and subject matter expert.

Watching Bill for two days was like witnessing a train wreck. It was painful, but it forced me to reflect.

The lessons I learned have been invaluable.

Watching Bill, I promised myself – I would never be THAT guy at the front of the room. I was motivated to seek out mentors and experiences that could make me better. I worked with outstanding facilitators and solicited their feedback.  I spoke to clients about their best and worst experiences with trainers.  I scrupulously tracked what worked and what didn’t.

Armed with an understanding of what it takes to be “The Best Facilitator Ever”, I founded Shift. In a strange way, I have Bill to thank for that.